What Is Wide Aperture In Photography? A Beginner’s Guide

When you are talking about lenses, you will see that most of the offerings available in the market come with a number that is normally written like this f/1.8, f/2.8, and so on.

This number represents aperture, and while most people have little to no idea about what aperture is, the overall working of this is rather easy.

However, have you ever wondered what is a wide aperture? Well, in this article, we are going to take a look at everything you need to know about aperture, along with some handy information that could help you get better at photography.

So, let’s not waste time and have a look.

So, first things first. Let’s get the aperture out of the way by talking about it a bit since it happens to be all the rage that people want to know more and more about. Understanding aperture is not really different.

So, if the aperture is wider, it will mean that there is going to be more light passing through the opening as opposed to a closed aperture having lesser light. Something that one should always be aware of.

This could lead one to think that having a wide aperture is always good, but that is not the case as you have to be aware of your surroundings, especially how much light you want to pass through the aperture to the sensor. So, it is better to keep your thoughts open and read more about how things work.

What Is A Wide Aperture?

The next thing that we are going to focus on is just what exactly is wide aperture and a lot of people have to know that this is just as important.

Now, for those wondering what a wide aperture is, it simply means that the lens is more open, and it is letting more light reach the sensor.

I know it does seem like backward because, in such situations, the f-stop number is going to be lower, but a lower f-stop means a wider aperture.

For example, f/1.8 is considered a wide aperture, while f/13 will be considered a narrow aperture. The former will allow more light to pass through the lens to the sensor while the latter would not.

I do understand that this can be confusing at first, but the more you are into photography, the easier it will become for you going forward.

One really important thing that you need to understand is that having a wide aperture at all times is not ideal as it can result in the loss of sharpness. Thankfully, you can always use a narrower aperture on a lens, too. So, there is not much to worry about.

What Is A Narrow Aperture?

For those who are wondering just how exactly this is achieved, then you must know that each lens has aperture blades in it, and they open/close based on whether you are looking for a narrow aperture or wide aperture.

Remember, although the narrow aperture results in less light coming to the sensor, it also increases the sharpness of the picture a lot more than one might think, and therefore, in situations where you have access to a lot of lighting, the narrow aperture is really good, to be honest, as it would deliver some excellent pictures and that too, without any issues.

When To Use A Wide Or Narrow Aperture

I do understand that one can almost imagine that you can just go ahead and use a wide aperture all the time, and that would result in great pictures, but that is not always the case.

Why? Well, you see, a wide aperture is normally great but more light means that the pictures appear to be softer. If you are looking for an image that is softer, getting a wide aperture is great because you will get that smooth depth of field as well.

However, if you want the picture to be as sharp as possible, then nothing is better than an image that is sharp. However, with a narrower aperture, you will have to deal with a darker overall picture, and to compensate for that, having more light is the way to go, so you do not have to avoid that in any condition.

So, you should use a wide aperture when you are taking portraits or shooting indoors because in such situations, the more light, the better.

However, for a narrower aperture, it is best if you already have access to a lot of light, and you are looking for pictures that appear sharper, and not to forget, you want to capture all the details in and around the subject.

Mastering both apertures can take some time, but it is not at all impossible.

A common concern that most people are going to show is that whenever you are looking at a wide vs narrow aperture, you will have to keep in mind about the depth of field.

I am sure I do not have to give you a recap on what depth of field is but for those wondering, it is the distance between the nearest and furthest objects that are sharp enough in a picture.

With a wider aperture, you are going to get a higher depth of field, so there is a chance that the object that is closest will be sharper. On the other hand, with a narrow aperture, you will get equal sharpness in both objects.

So, if you are trying to picture two or more than two subjects, a wider aperture is much, much better.

The next thing that we are going to clear out is the light. Well, this is perhaps the simplest that you can get when you are talking about wide vs narrow aperture.

On the other hand, if you are keeping the aperture on the narrower side, then you are not going to get enough light due to the aperture blades being closer to each other.

Next up, we are going to talk about something that everyone in photography loves, and that is the bokeh that is generated from a wide aperture.

But what is bokeh?

In photography, bokeh is referred to as the aesthetic quality of the blur produced in out-of-focus part of the picture. It can also be defined as the way the lens renders the points of light that are out of focus.

Bokeh can be creatively used in many ways, and it all depends on your photography needs to get the whole aspect right.

Subject isolation that is very important in photography, and getting it right is a lot more important than one might think, to be honest. After all, it allows the photographer to ensure that the subject is isolated.

So, if you are looking to isolate your subject, it is not at all difficult. You just have to go ahead and use a wider aperture as it would only let you focus on the subject rather than anything else in the frame.

If you do not want subject isolation and get everything in focus, then I would suggest that you are using a narrow aperture so you get the result that you want with ease.

The last thing that we are going to highlight is the shooting action that is involved when it comes to a narrow and wide aperture.

Honestly, if you are just beginning as a photographer, I would always suggest that you are going for a wider aperture because it allows you more freedom as compared to a narrow aperture.

As you start getting better, you can start using a narrower aperture, too. The point is that calling one aperture better than the other is pointless because both of them have their specific uses.

To put it simply, when you are talking about using a wide aperture or a narrow aperture, it all comes down to the type of pictures you are trying to take.

If your photography requires you to use a wider aperture, you should go ahead with it. If you want to take pictures that are sharp and have everything in focus, then getting the narrower aperture is not bad at all.

Answer: Yes, f/1.8 is considered a wider aperture, but you can actually get wider apertures such as f/1.4 and even f/1.2. It is all about how much you are willing to spend.

Answer: Ideally, f/1.8 is going to give you more light but if you are looking to get more sharpness and still retain the depth of field, then going for f/2.2 is not a bad idea.

Answer: Honestly, the f/2.8 is considered to be a lot more common.

Answer: Yes, f/2.0 is considered to be a wider aperture.

Answer: Both apertures are really good; however, it is more important to know that if you want to use f/4, you will need more light than you would at f/2.8. 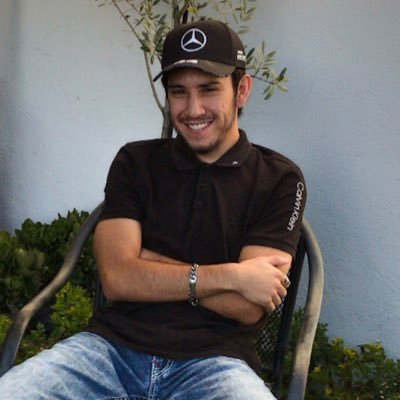 What Is Crop Factor? (Understanding The Complexities)

How To Use A Light Meter For Photography

How To Make Your Camera Quality Better Easily?